Summons are creatures that can easily change the tide of war depending on how it is used. Using a summon incorrect can result in defeat for the team or victory when used properly. As of now there are 5 summons in FEZ with the somewhat latest addition of chariot as the 5th summon. Summons are a conventional part of war and should be used skillfully and effectively. All summons require some type of building to summon them and a certain amount of crystals before transforming. Upon summoning the player controls the summon and acts accordingly to the situation. (Misc: Summons have season specific skin as an event when certain parts of the year)

Upon summoning, you will take control of the summon. You can desummon by pressing z and selecting desummon 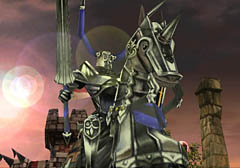 The anti-summon summon, yes this sounds quite strange but that is the function of knight. The knight's role in the game is look out for summons and eliminate them quickly. However because knights are strong against summons, knights are also weak against enemy knights. Knights are one of fastest summons in the game and scout the field of the game quite quickly and mainly used to scout for chimeras trying to destroy the ally base. Although knights do heavy damage to summons they cannot deal massive damage to infantry at all. 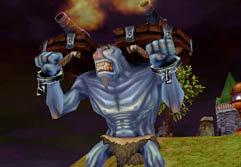 The anti-building summon, slow but powerful this summon can easily wreck enemy buildings and deal massive damage to enemy base. However is very slow and will die quite easily if a giant doesn't have an type of support as giants only deal small damage to infantry. A Giant's Jump is much faster than a giant walking. Requires a War Workshop to be summoned. 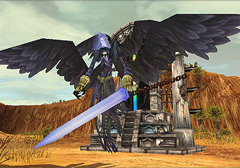 The anti-infantry summon. Normal walking speed; however, this summon can heavily damage and shift the tide of the front line against infantry units. Gullotine Sword deals about 200~250 a swing, Ice Bind slow down enemy and Dark Mist blinds the vincinty allowing your allies to advance. This is the most often misused and/or effectively used summons in FEZ. However due note that a wraith is weak whenever it doesn't have any support. An a wraith is typically used to support a frontline then rather a small backline. 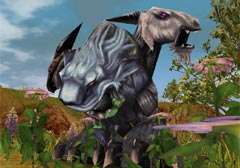 The anti-keep summon. This summon deals massive damage to the morale bar by using a suicide attack that will deplete the morale bar by 1/3 if the vicinity of an enemy keep. However upon being summoned a chimera will only live a certain amount time before it dies as it is poisoned upon being summoned. Knights are usually summoned to watch for this summon as it can massively change the tide of war. Note that chimeras are weak when alone and normally people use chimeras to sneak to enemy base and deal massive damage. Chimeras can only be summoned with chimera blood in inventory and only once when the bar reaches its 2nd or 3rd bar. 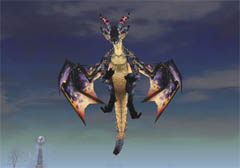 The wildcard card summon although not used very commonly dragons can be used to change the tide of the war however is often very difficult. However dragons a quite powerful and are only summon in FEZ that is able to fly. Dragons are only summoned on the occasion when your side is heavily losing by 1/3 or more of a morale bar; and can only be summoned when upon death with a dragon soul in your inventory. Because of this is often hard to change the tide of war with a dragon as it randomly summons whenever your side is losing badly. 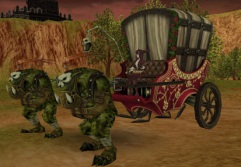 The transport summon. This summon is a lot like a taxi as it quickly transport infantry units to the battlefield quickly and has unlimited PW in allied terriority. However upon exiting allied terriority the chariot will begin to slow down and lose PW. Note that this summon very weak against building and while automatically die if in the vicinity of the enemy keep. Some people have used this summon offensively as it "Destruct Tackle" carries the same effect as Downdrive

Retrieved from "https://fanearthzero.fandom.com/wiki/Summons?oldid=13750"
Community content is available under CC-BY-SA unless otherwise noted.