You may invite people by pressing z next to them and selecting invite or using the search menu and inviting members from there. You will automatically become the party leader after inviting a person. You may not invite people from opposing sides in war.

Some people use the (!) in the comment to force names to top to allow easier searching 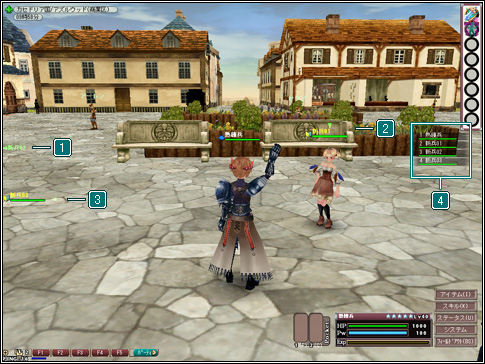 When allies are effected with certain effects the color of their name in the party display will change.

Displays a number assigned to each party member. In the continent map you are allowed to see your party member's level and alliances by hovering over their name.

Commands can only be performed by clicking at the party menu

For choosing maps, when party members of different nations and enter conflicting maps. The party will still be active but the members on the conflicting side will enter the map but leave the party.

Retrieved from "https://fanearthzero.fandom.com/wiki/Party?oldid=13983"
Community content is available under CC-BY-SA unless otherwise noted.