This is just a brief description of the war rules in game. There is also a more detailed War Rules page and War Flow page 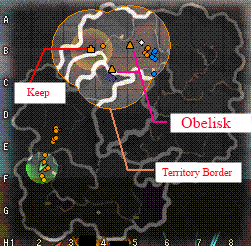 How to increase Territory

How to tell which Side has more Territory?

Retrieved from "https://fanearthzero.fandom.com/wiki/Getting_Started/War_Rules?oldid=13323"
Community content is available under CC-BY-SA unless otherwise noted.